The Work of George Ohr, “The Mad Potter of Biloxi”

You are here:
George OhrPottersPottery 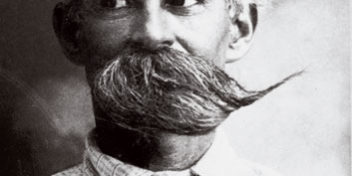 Did you know that the word ‘ceramics’ is taken from the Greek word ‘keramos’, which means ‘potter’s clay’? (In the world of visual art, there is no difference between ceramics and pottery.) Serious pottery fans are easy to spot — their homes are usually filled with beautiful pieces of ceramics.

Do you love pottery? If so, you should know about the work of an artist named George Ohr.

“Outside of art, due to new technological processes, the term ceramics now encompasses a wider group of materials, including glass and cements, so clay is no longer a key component.” — Ceramic Art

Who Was Potter George Ohr?

George Ohr, who referred to himself as “The Mad Potter of Biloxi,” was an American ceramic artist. He was born in Biloxi, Mississippi in 1857 and died in 1918 at the age of 60.

Ohr tried several trades before he became a full-time artist. Like many now-famous artists, his eccentric artwork wasn’t bestselling while he was alive. Wikipedia stated that he prophesied, “When I am gone, my work will be praised, honored, and cherished. It will come.” And he was right. 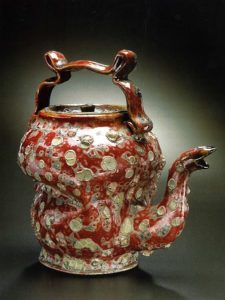 How Ohr Became a Potter

George Ohr learned to make pottery under the tutelage of potter Joseph Meyer in New Orleans. After learning the trade, he made over 10,000 pots, with no two alike. He displayed and showed his artwork at the World’s Industrial and Cotton Centennial Exposition in 1884. Tragically, a fire that swept through Biloxi in 1889 ruined the Mad Potter’s workshop.

What Made George Ohr “Mad”?

Orh deemed himself “The Mad Potter” because of his whimsical style of living and creating art. He sold his pottery for $25 a piece, which translates to about $500 today. One might expect such an expensive work of pottery to be polished to perfection, but Ohr’s were, in a word, wacky. A contributor to the Smithsonian wrote,

“(His) pots featured rims that had been crumpled like the edges of a burlap bag. Alongside them were pitchers that seemed deliberately twisted and vases warped as if melted in the kiln. And colors! In contrast to the boring beiges of Victorian ceramics, these works exploded with color—vivid reds juxtaposed with gunmetal grays; olive greens splattered across bright oranges; royal blues mottled on mustard yellows. The entire studio seemed like some mad potter’s hallucination…”

Just imagine what his turn-of-the-Century clientele thought of Ohr and his work.

Today, Ohr is Celebrated as a Great Artist

While Ohr’s work was considered ‘mad’ and was largely unappreciated during his time, things are different today. His ceramics have been shown at some of the finest art institutions in the world, and people pay thousands of dollars to own a single piece of his work.

Finally, Ohr is celebrated as he should be.

3 Things You Should Know About Contemporary Art

A Brief History of Crayons