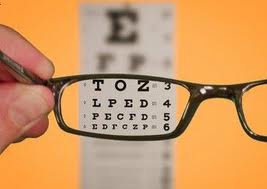 By looking at his paintings, you probably never guessed that Edgar Degard could not see well. However, the French realist painter was believed to have a congenital retinal problem. Similarly, Mary Cassatt and Claude Monet both had cataracts, which explain why the artists had trouble differentiating color later in life. And sketch artist Charles Méryon never toyed with color because he was well aware of his color-blindness.

Several artists have suffered from eye problems that pose obstacles to their chosen career paths. However, many artists leveraged their disabilities, using them as tools to guide their distinct style and career.

For instance, Peter Milton was diagnosed with color-blindness in 1962. This occurred after he spent years painting, teaching art, and studying under the master of color, Josef Albers. Upon receiving his diagnosis, Milton abandoned color; instead, he committed himself to the creation of black and white masterpieces. The absence of color did not void other creative elements of his artwork, though. Milton produced intricate works of art that are best described as “visual puzzles in which past and present seem to merge.”

Milton found a way to work around his eye problems while other artists did not. It has been reported that one in 10 men has color-blindness. A professor of ophthalmology at Stanford University, Michael Marmor, recognizes the challenge artists face when diagnosed with vision troubles. He tells NPR that “most artists who found out they were colorblind just switched to printmaking or sculpture.”

Some artists worked through their eye problems to create the art they loved and were known for. Claude Monet was quoted as saying, “At first I tried to be stubborn. How many times … have I stayed for hours under the harshest sun sitting on my campstool, in the shade of my parasol, forcing myself to resume my interrupted task and recapture the freshness that had disappeared from my palette! Wasted efforts.”

Throughout history, several artists approached vision troubles differently. Some worked through them, others looked past them, and many worked around their eye problems. Milton, who is a shining example of how to work around color-blindness, attributes his artistic style to his disability. “… It helps to have a disability,” he told NPR, “because when you can do anything, which of all the things you can do are you gonna choose? So something has to help you make the choice.”

Some of the world’s most well-known artwork has been produced by artists with vision problems. The pieces may seem to use askew color options or be void of color entirely, but to us, these color choices make the artwork appear distinct. And who knows, perhaps an artist accepted his or her disability and set out to create art in this authentic way.

The Gift of Color Vision

The Importance of Color Vision and Art