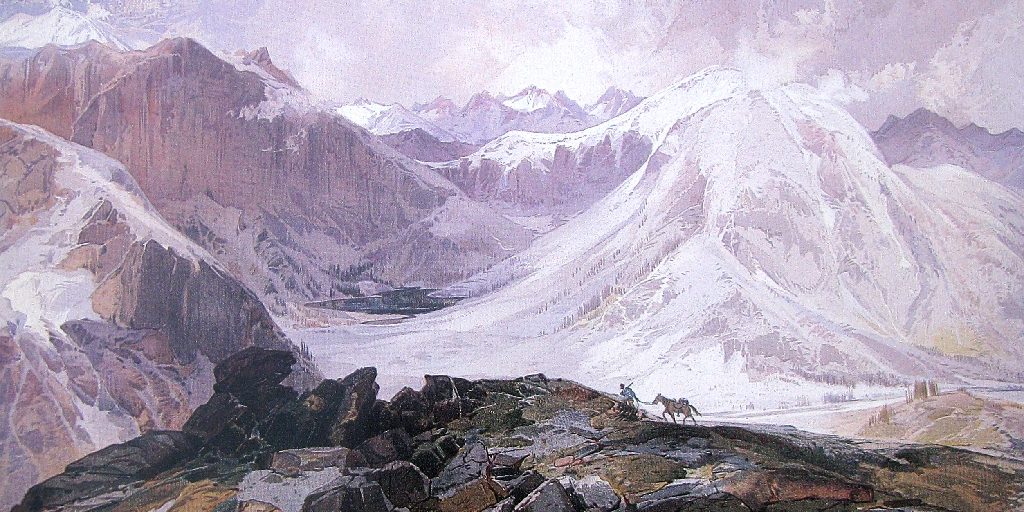 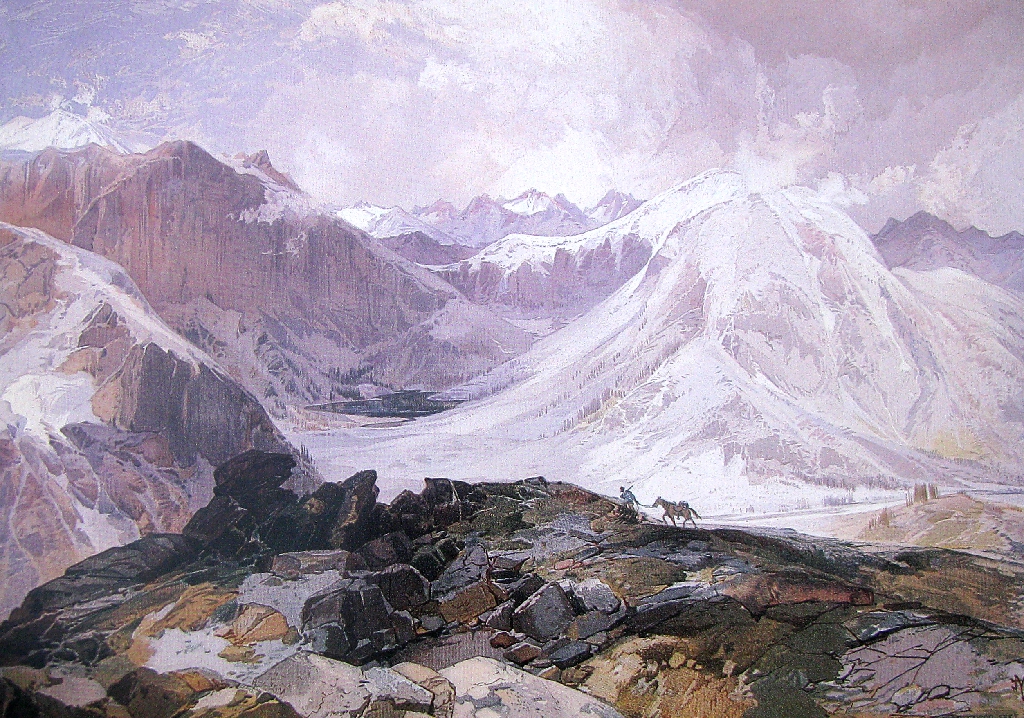 The interesting life of Thomas Moran started with humble beginnings and ended in the Whitehouse.  Moran was no politician though; he was an artist who raised the bar for American painters and illustrators. More so, Thomas Moran was responsible for making America what is it today.

Like many history makers, Thomas Moran immigrated to America from England in the 19th century. He was born in Bolton, Lancashire in 1837. Early in his life, his entire family moved to a suburb of Philadelphia.

The four Moran brothers, (two being older than Thomas) were all artists, either by profession or hobby. Thomas’s artistic nature and innate talent began to show at the age of 16 when he apprenticed for a wood engraving firm. In this role he was diligent to develop abilities in illustration and watercolor. By 1860, Thomas sought to infuse his personal art with fresh inspiration.

He traveled to the Great Lakes to paint their landscape. After returning to Philadelphia, he was able to sell lithographs of his work. This encouraged the growing artist to travel and further his skill in drawing and painting landscapes. Moran found himself in London next, studying the works of J. M. W. Turner. It is noted that Moran appreciated the esteemed artist’s choices of landscape and color usage. 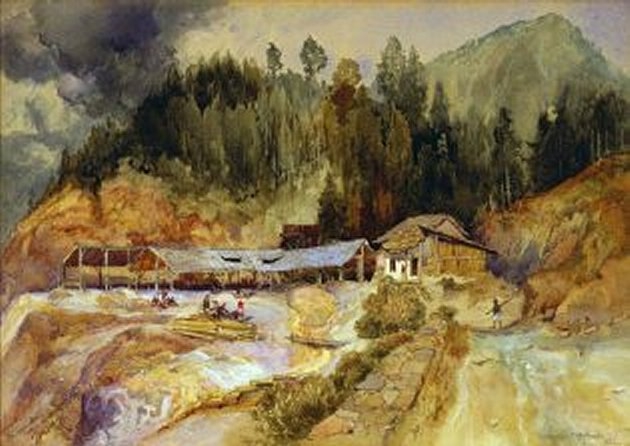 Between his time in London and his next adventure, Thomas Moran’s landscape art appeared in numerous publications. With some notoriety and industry connections, Moran was asked to be one of the first artists to document The West with the United States Geological Survey. Throughout a forty day journey, Moran kept a diary of drawings reflecting the various landscapes he and the team encountered. As a result of his art, and the team’s work, Congress was persuaded to name Yellowstone a national park. In 1872, it was the first park of its kind.

This voyage created a good amount of recognition and wealth for the artist. Yellowstone inspired Moran’s infamous piece, a 7′ by 12′ oil painting appropriately titled, The Grand Canyon of Yellowstone. The United States government purchased this for $10,000 that year. This is the same amount paid for another large painting inspired by a different survey that took place two years later.

The Chasm of Colorado was the result of a survey that sent Moran and Army General, John Wesley Powell from Salt Lake City to, what would soon be known as Zion National Park. The results of this survey were numerous illustrations, publications, and growing notoriety of both the artist and America’s unseen west.

Throughout the course of his United States travels, Moran grew a strong affinity towards the Grand Canyon in Arizona. In fact, every year for the last 25 years of his life, he would visit this source of inspiration. Of the natural wonder, Moran wrote, “Of all places on earth the great canyon of Arizona is the most inspiring in its pictorial possibilities.”

At the age of 89, Thomas Moran passed away in Santa Barbara, where he lived out his senior years. His legacy, on the other hand, continued to live. The oil paintings bought for $10,000 by the government were later featured in the Smithsonian. In addition, Mount Moran in Grand Teton National Park was named after the artist. There are many other landmarks and museums that have collections or pieces of his 1,500 oils paintings, 800 watercolors, and countless illustrations.

Thomas Moran’s portrayal of the magnificent West united the states of America. With that honor comes recognition that transcends time. On a wall in the Oval Office hangs Moran’s The Three Tetons. His place in American history has been solidified; his legacy lives on a Whitehouse wall.

Custom Art Made from Your DNA

What Makes the Mona Lisa a Masterpiece?
May 16, 2017
An Interview with James Ostrer
December 5, 2014
Graphic Designer Creates a Different TYPE of Art
October 21, 2014