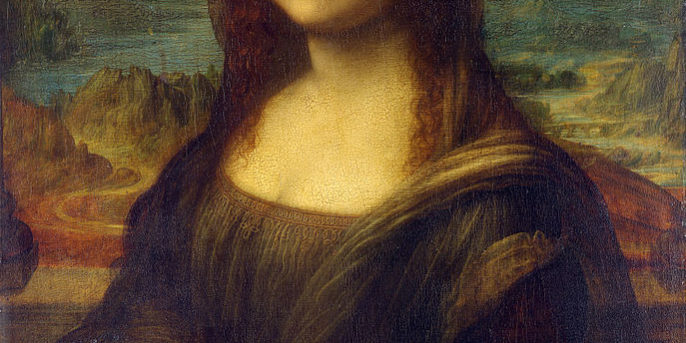 Think you know a lot about art? That may be the case, but we bet there are a few unusual things you don’t know about some famous art pieces such as The Last Supper, The Scream, and Mona Lisa. We are more than happy to get you up to speed on these fun facts. Read on to sharpen your knowledge of art history and give any art professor a run for his or her money.

Feet are important. Leonardo Da Vinci understood this, which is why he originally ensured Jesus had feet in the famous painting The Last Supper. Today, Jesus’ feet are not there. Why? Because “in 1652, while installing a doorway in the refectory where the painting is on view, builders cut into the bottom-center of the mural, lopping off Jesus’ feet,” wrote Sean Hutchinson. Bad move, builders. Bad move.

Mona Lisa may have been inspired by both sexes.

Over the years there have been numerous debates over whether or not Da Vinci’s Mona Lisa was fashioned after a male or female model. This is understandably confusing; Mona Lisa appears androgynous. Sadly, no definite conclusions about the muse’s gender have been made. However, The Guardian published an interesting article making a case for the idea that “Mona Lisa’s famous image could have been inspired by both the male and female form.” Did you know that this was even a possibility? Neither did we.

There are five versions of The Scream. 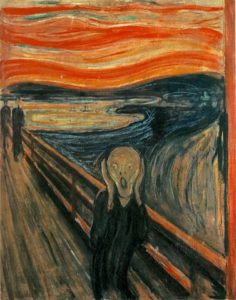 Are you equal parts art buff and freak? If so, you’ll be happy to know that there are five versions of Edvard Munch’s creepy work of art know as The Scream. Sean Hutchinson, mentioned earlier, wrote, “There are technically five separate versions of Expressionist artist Edvard Munch’s most famous work, The Scream. The first two, from 1893 and created with tempera and crayon on cardboard, are located in the National Gallery in Oslo and the Munch Museum, respectively. A privately owned third version created in 1895 with pastels recently sold for nearly $120 million at auction. Yet another version from 1895 is a black and white lithograph. A final version, done in 1910 by Munch due to the popularity of the previous incarnations, is also held in the Munch Museum, and it made headlines in recent years for being stolen in 2004 and recovered in 2006.” Crazy, right?

Is there a random art fact you think we’d be interested in discovering? Share it with us in the section below.

By the way, are you a big fan of Da Vinci’s work? If so, recreate his art on your Windows PC. Our digital paint-by-number patterns based on the artwork of Leonardo Da Vinci are some of our most popular. Try them out and then let us know what you think!

The Most Artistic Set Designs in History

3 Crazy Art Heists You Should Know About

Does Art Imitate Reality or Does Reality Imitate Art?
August 26, 2015

“Paint by Number” Kits Create Thousands of Artists
November 19, 2012
Did you ever wonder about How Works of Art Become Famous?
July 5, 2012