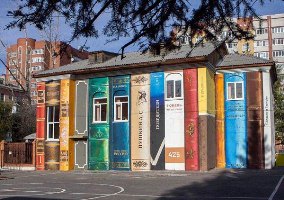 What do the art communities of Paris, New York and London have in common with those of Rio de Janiero, Bethlehem and Philadelphia? For starters, they all appear on the Huffington Post’s notable art cities. However, the art that is honored on this list does not hang in galleries. It covers city streets. Inspiring street art can be seen in critically acclaimed art cities as well as those that exist far from mainstream. But what makes street art good and how is its presence affecting major cities?

Street art is commonly referred to as graffiti. In many parts of the world the artists who are behind these works could be confronted by law officials. Illegal as it might be, artists like Banksy and Shepard Fairey have become emblems of the street art community throughout the world. Their work is rarely seen as vandalism. More often, it is celebrated as public artwork that draws attention and notoriety to major cities.

An online publication from Brooklyn New York, BrooklynStreetArt.com claims to “…track the new creative spirit that runs in the streets… new hybrids, new techniques, and new mediums are expanding the definition of public art, street art, graffiti, and urban art; each vying for the attention of passers-by.” They stress that street art has contemporary allure that evokes emotion in citizens and tourists of cities all over the world.

Street Art is Creative and Sophisticated

The bar for street art, however, is being set at new heights. Tagging train cars with spray paint is not the type of graffiti that is being recognized in cities around the world. The murals that are being painted onto the sides of buildings have reached new levels of sophistication and creativity. They are often used to make a point, whether political or personal, and to remove them might take more than a simple pressure washer. Some of the art is larger than life, tracing the heights of multi-story buildings. 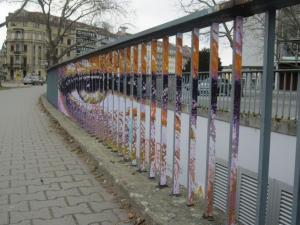 Years ago, before street art became socially acceptable, completing such a work would be impossible. Only able to produce art under the guise of night limited what graffiti artists could do. Today, even though it is illegal to vandalize public property in many parts of the world, street art is still tolerated. Building owners are giving permission for street artists to tag their walls, which is a good investment. Tourist and residents alike appreciate the flavor of street art and are often seen snapping photographs of the nontraditional artwork.

Chalk Art Transforms the Sidewalk into a Canvas