Since When is Shredding Money a Wise Investment? 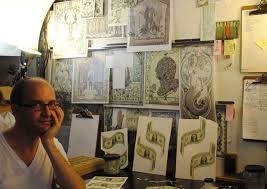 Collage artist Mark Wagner sees the term, “It takes money to make money” as literal. His favorite art medium involves making collages of one dollar bills. But don’t let this small currency fool you. He receives thousands of dollars for his artwork.

Working with small bills all day requires a greater investment of time than dollars. When CBS News asked about the expense of using money as his medium, Wagner said, “The bills aren’t the expensive part of the operation. It’s the time – that’s the expensive part.” In order to contrive pieces of dollar bill that will be repurposed and repositioned in his masterpieces requires an X-acto knife and steady hand. Wagner cuts dollar bills into pieces and then organizes the parts into boxes until he is ready to assemble the collage.

On his website, Markwagnerinc.com, Wagner publishes an insightful statement about his infamous collage work:

The one dollar bill is the most ubiquitous piece of paper in America. Collage asks the question: what might be done to make it something else? It is a ripe material: intaglio printed on sturdy linen stock, covered in decorative filigree, and steeped in symbolism and concept. Blade and glue transform it-reproducing the effects of tapestries, paints, engravings, mosaics, and computers—striving for something bizarre, beautiful, or unbelievable… the foreign in the familiar.

Aside from scrupulously breaking down the dollar bill, Wagner has a creative mind to see a dollar as more than currency. His mother says that becoming a professional artist was Mark’s “single-minded pursuit” growing up. She was amazed at the way his mind worked. Now the rest of the world joins her, watching the artist with awe. How does he come up with these designs? And how does he see money so differently than the general public?

In 2009, Wagner made a momentous artistic feat with one of his most well-known pieces titled, “Liberty.” It is a 17 feet tall, six feet wide installment that uses nearly 82,000 individual pieces of dollar bills. Inspired by the Statue of Liberty, the piece tells a much greater story than peace and justice for all. “Beyond its humor, beauty, and spectacle,” a write-up on the Pavel Zoubok Gallery website reads, “Liberty addresses issues of economic, civil liberties, American self-image, and artistic practice.” 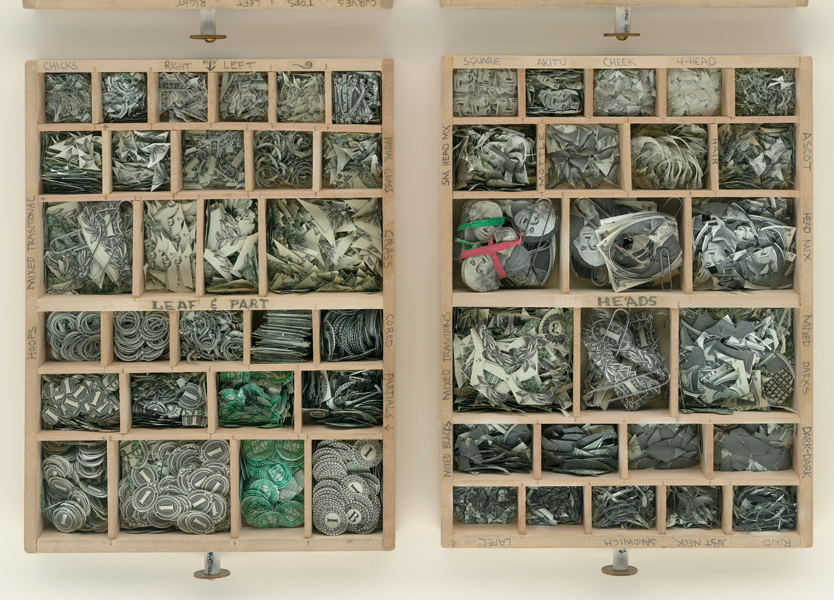 Artistic practice might be an understatement. The creativity that went into conceptualizing this piece of art is trumped only by the fascination with the medium Wagner used to breathe life into this design. The grandiose presentation is only one of Wagner’s many works of art. He has been using money as his medium for more than a decade.

In addition to his career as a professional collage artist, Wagner is also into writing and bookmaking. He publishes books using the names Bird Brain Press and X-ing Books. He also co-founded The Booklyn Artists Alliance.

Would you like to experience more of Mark Wagner’s work and his aptitude for making collages? Visit his website: http://markwagnerinc.com/.

Read more Segmation blog posts about out of the box art:

Will the Real George Washington Please Stand Up?