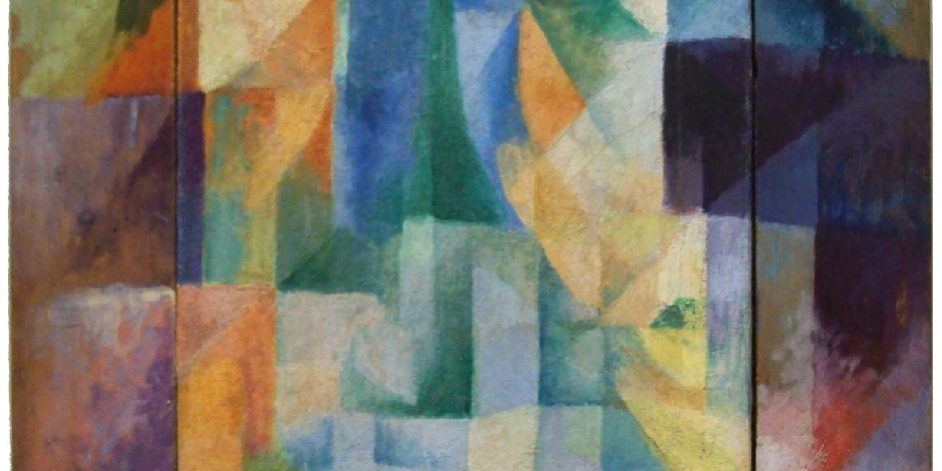 There once lived an artistic trailblazer named Robert Delaunay. He had a unique perspective, a countercultural technique, and a desire that drove him to be different. 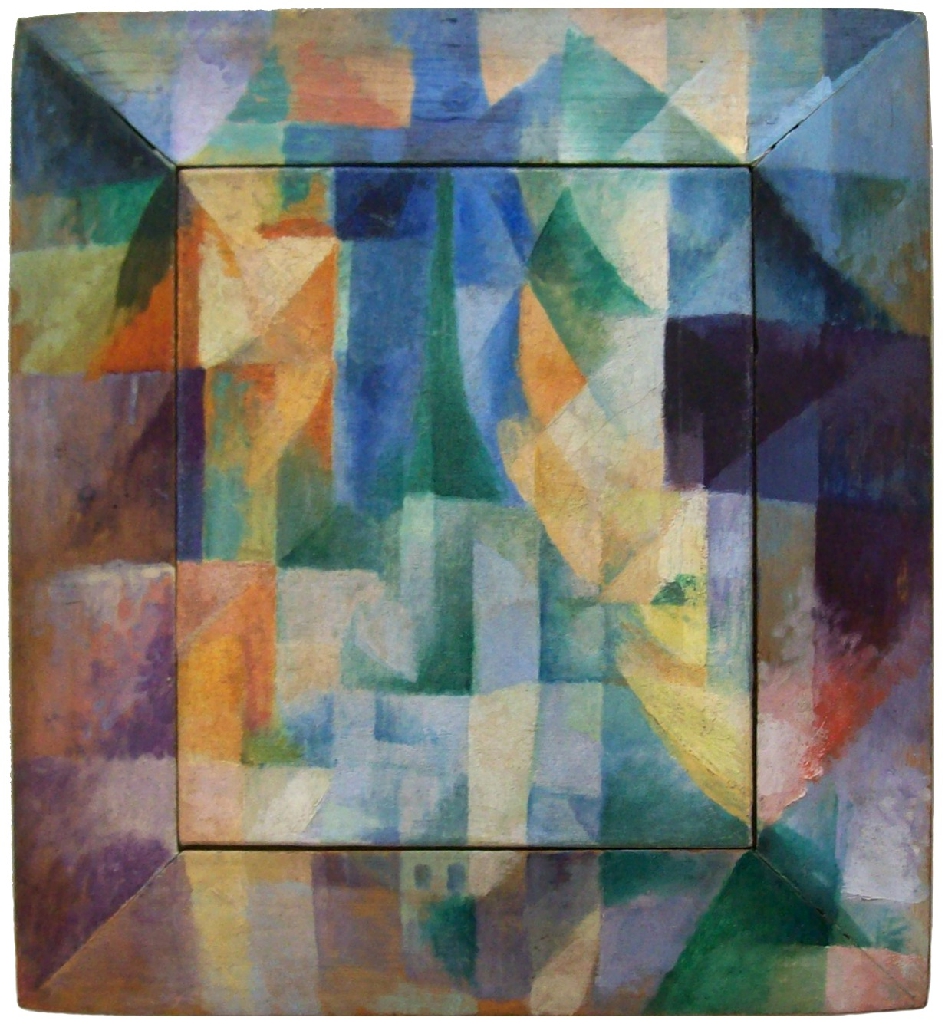 Parisian born Delaunay greatly influenced abstract art. He was one of the first nonrepresentational painters who advanced the style of cubism. The cubist painter added bright and bold shades of color to his work and was on the front lines of a style called Orphism.

In fact, the name Orphism didn’t exist until 1912 when a French poet by the name of Guillaume Apolliniare declared that work of this style (and especially work by Robert Delaunay) had musical qualities and ought to be named after Orpheus, the singer from Greek mythology who was often inspired by magic and ideals that were anything but ordinary.

Receiving great recognition for his innovative art style juxtaposed Delaunay’s early life. He was born in 1885 and very little information was published about his early training. However, it has been reported that his uncle, who became his primary caregiver after Delaunay’s parents divorced, sent him to art school after he failed an important school exam. As a result, Delaunay was able to influence the development of abstract art in France and throughout the world.

As Delaunay blazed a trail with his knack for colorful cubism, he was mimicked and challenged by his contemporaries. He and Jean Metzinger often painted together and hosted joint exhibits. In 1907, while in his early 20’s, Delaunay and Metzinger shared an exhibit where they were dubbed as “divisonists.” Divisionism is another word for pointillism. Calling them divisionists was the best way critics could describe their foreign use of “mosaic-like ‘cubes’ to construct small but highly symbolic compositions.”

With such recognition, a new branch of Neoimpressionism was born. The very style Delaunay and Metzinger were thought to originate went onto appear in works of Piet Mondrain, The Futurists and Gino Serverini.

Some people say imitation is the sincerest form of flattery, which might have been so for Robert Delaunay too. However, he probably would have appreciated some financial attributes during the early rise of his career. At the time, he was not able to support himself on his artwork alone so he designed theatre sets full-time and painted in his spare hours.

In 1908 he met a woman by the name of Sonia Trek. Sonia, an artist, would become his wife and influence Orphism alongside him. They would work on many projects throughout their relationship, but before they got to producing joint works of art, Delaunay would go onto create some of his most famous pieces.

As his style evolved, he separated himself from other abstract painters with an interpretation of cubism that was anything but traditional. In fact, by the time he moved onto his “Windows” series, he was solely creating nonobjective paintings. Still, many contemporaries and artists of his time, like the group of Expressionist painters from Munich by the name “The Blue Rider,” gravitated to his style and adopted some of its traits.

Throughout his remaining years, Delaunay and his wife worked together on theatre designs as well as a large mural for the Paris Exposition of 1937. These years were checkered with war and financial struggle. For instance, when Delaunay did not fight in World War I he was labeled a deserter. Then, when the Russian Revolution took place, the Delaunay’s were severed from the financial support they received from Sonia’s family.

By the time World War II broke out, Robert Delaunay had cancer. He and his wife tried to avoid German forces by moving to Auvergne, but Robert’s health deteriorated quickly after the move. In 1941, at the age of 56, he died in Montpellier France.

A lot can be said about Robert Delaunay, but rarely do people discuss his desertion from the military or tragic death. Robert Delaunay is known for infusing color into cubism. In doing so, he created a nonobjective approach that would influence art and aspiring artists for years to come.

However, this post is meant to recognize his artist style and some major pieces. For those who want to read more of Robert Delaunay’s story, visit this link: https://www.segmation.com/products_pc_patternset_contents.asp?set=DEL. Also, Segmation is proud to offer 25 digital Thomas Delaunay patterns. By downloading these paint by numbers masterpieces, you can emulate one of the most fascinating artists who ever lived.

Enjoy the 25 Thomas Delaunay Landscape patterns. Segmation has for you and continue to learn and celebrate the life of a great artist. 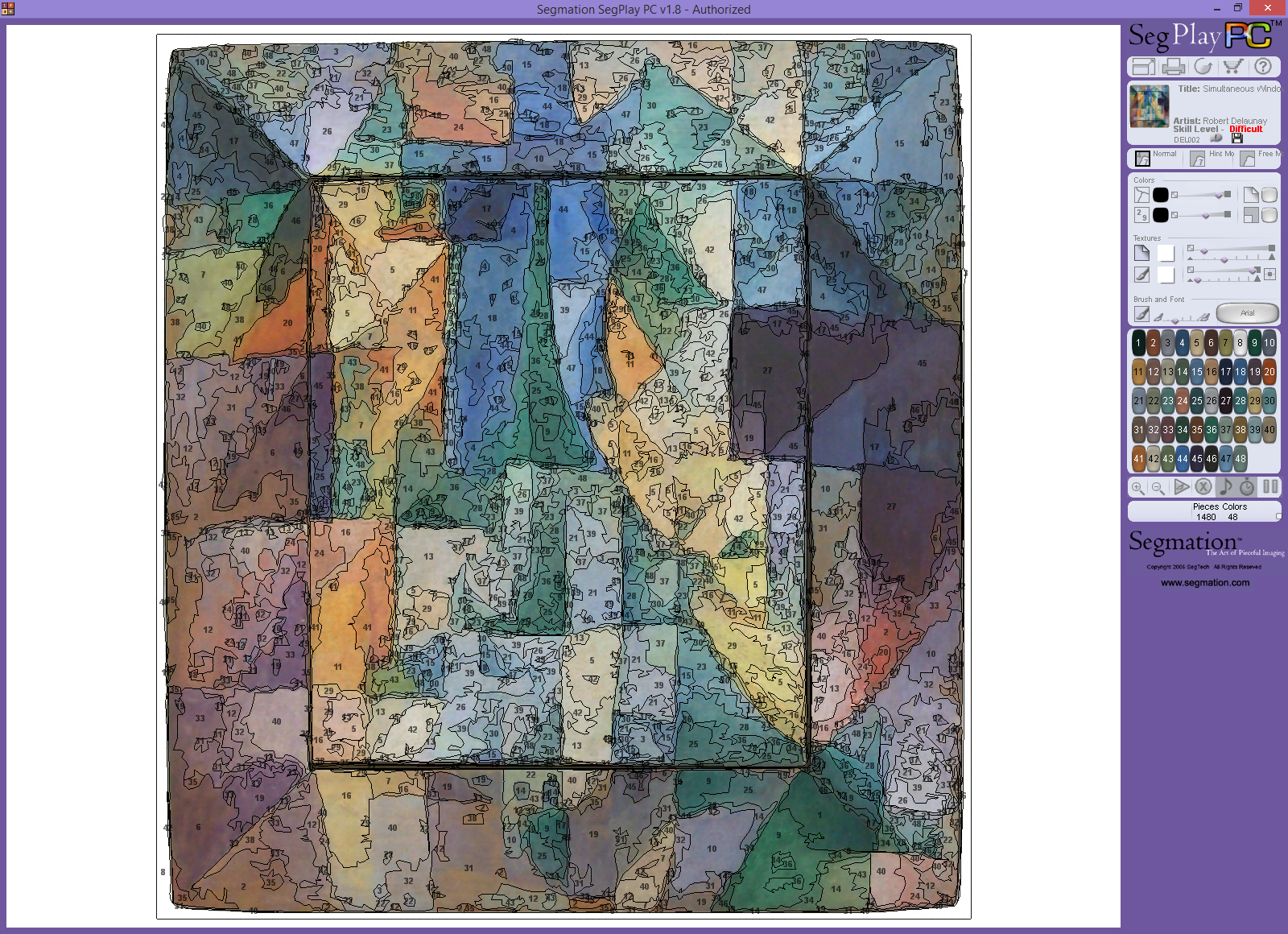