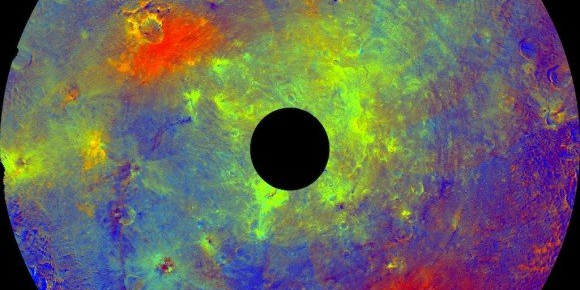 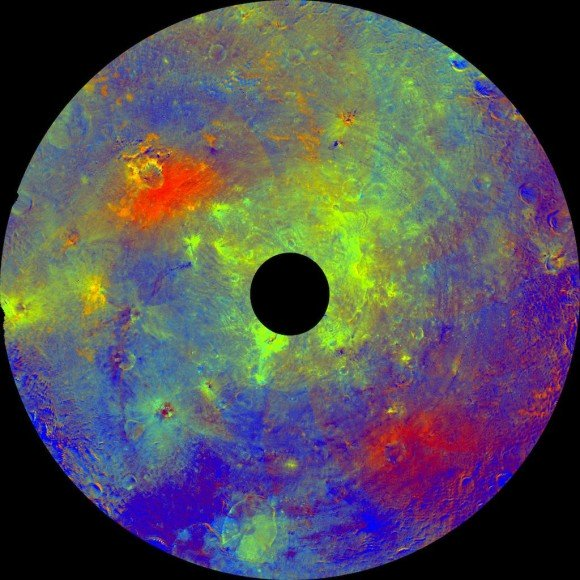 Do you think the words color and science belong next to each other? Does it surprise you to know that colors actually advance science, and makes new discoveries possible?

It is rate to discuss color science because of its vastness in content, as well as its difficult-to-appreciate science related principles. So while putting a pin in the mechanics of color science for a moment, how can we view color as an opportunity to push science forward? Let’s take a look at asteroid Vesta.

Vesta is the second largest formation in the asteroid belt, considered by many scientists now to be a planet. In the past, dimensions considered Vesta to be too large to be an asteroid, but too small to be a planet, Vesta sat undefined in a sort of astrology limbo. All that is beginning to change because of color.

The image above was taken by NASA’s space orbiter Dawn, the first man made craft to orbit around Vesta. Dawn’s framing camera uses near-infrared filters where red, green, and blue represent varying degrees of nanometers. The colors are assigned by scientists and detect the presence of previously unknown mineral and rock types. What this has revealed is a well segregated world of ingredients and layers. The information suggest steep visible spectral slopes and areas of recent landslides that reveal craters and other mountainous regions.

With colors assigned to specific elements, it is now much easier for scientists to detect what lie on asteroids, planets, moons, and other objects floating around in our universe. With this ability of more intricate detection, it is more possible to theorize what went into the development of our solar system and the complex elements that support it.

By spotting water, mineral deposits, and other elements difficult to detect, the use of color has certainly broadened the spectrum of analysis scientists can employ when studying a subject in the vast reaches of space.

Everything You Need to Know About Paint-by-Number
December 5, 2017