How did the Art on the United States one-dollar bill originate? 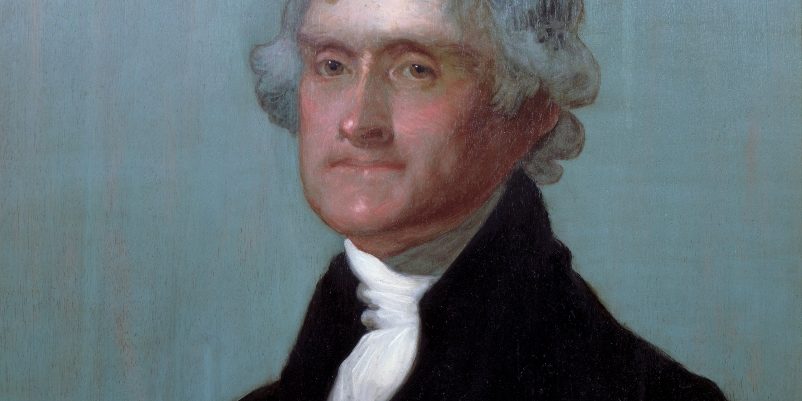 Have you ever wondered how George Washington’s art image came to be on the United States one-dollar bill? The answer to this query can be found in the life of a man named Gilbert Stuart, a renowned American Portraitist.

Gilbert Stuart’s story began on December 3, 1755 in Rhode Island. Stuart’s father was a Scottish immigrant and his mother was a member of a prominent land- owning family. At the age of six Stuart moved, along with his family, to Newport Rhode Island. It was in Newport that Stuart first took an interest in art and began to demonstrate his abilities as an artist. 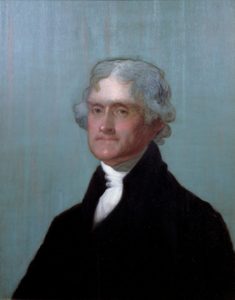 In 1770 Gilbert Stuart met a man named Cosmo Alexander. Alexander was a Portraitist himself and became Stuart’s tutor. Under Alexander’s tutelage, and at the mere age of 14, Stuart painted one of his most well known pieces titled, “Dr. Hunter’s Spaniels.”

A year after this fete, Stuart moved with Alexander to Scotland in order to finish his studies with the painter. Unfortunately, after only a year together in Scotland, Alexander died in Edinburgh. Stuart was left to make his own way as a Portraitist in Scotland. However, after a year of attempting to make a living as a painter with little success, Stuart moved back to Newport Rhode Island in 1773.

His return home coincided with the American Revolution leaving him little opportunity to pursue a career as a Portraitist. Due to this, Stuart once again left Rhode Island in the hopes of building a career, this time to England. England, it seems, was a wonderful place for Stuart’s career. He studied with Benjamin West, and by 1777 his work was on exhibit at the Royal Academy.

By 1787 Stuart had married Charlotte Coates. However, he had also found himself plagued by financial struggles; the result of extravagant living and poor bookkeeping. On more than one occasion, Stuart found himself escaping debtor’s prison. Thus, in 1793 he and his family moved back to the United States and settled in Germantown, Pennsylvania. 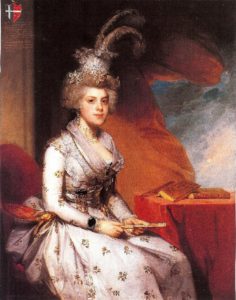 In Pennsylvania, Stuart set up his own studio. Pennsylvania was also the place where Gilbert Stuart began his work on the famous portrait of George Washington in 1796. Interestingly, the portrait was never completed. Instead, Stuart kept the unfinished art portrait and made copies which he sold for $100.00 a piece.

It is this popular image which appears on the United States one-dollar bill and has also appeared on postage stamps.

During his life, Stuart painted over one-thousand portraits. Having painted such a large amount of noble men and women in the United States he was declared the Father of American Portraiture. Stuart was popular not only for his talent but because of his knack for conversation. The individuals who sat for long hours as he painted their likeness found him entertaining, and it has been said that he did so to keep their expressions natural and unstructured.

Stuart himself preferred to paint bust, or half- length, portraits. He also favored dark or neutral colors for his backgrounds. He cared little for detailed accessories which he felt had the potential to distract from an individual’s facial features. 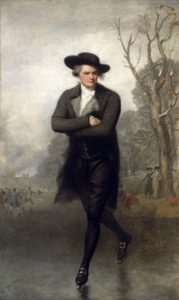 However, one of Stuart’s most famous pieces deviates from these preferences, yet still proves him to be remarkably talented. “The Skater (Portrait of William Grant)” is a portrait that depicts Grant engaged in the sport of ice skating. Unlike the formal bust portraits, this piece is of a man taking part in a rather vigorous activity. Stuart’s talent in this portrait is still praised today.

Popularity followed Gilbert Stuart throughout his life, but so too did financial woe. I guess he himself would have never thought he would be on the one-dollar bill. In 1824 Stuart suffered a stroke while living in Boston. He continued to paint until, at the age of 72, he passed away. Unable to afford a proper burial, the Stuart family was forced to lay Gilbert to rest in an unmarked grave.

Colorful Flowers to Plant this Spring

Communicate Your Feelings Through Flowers