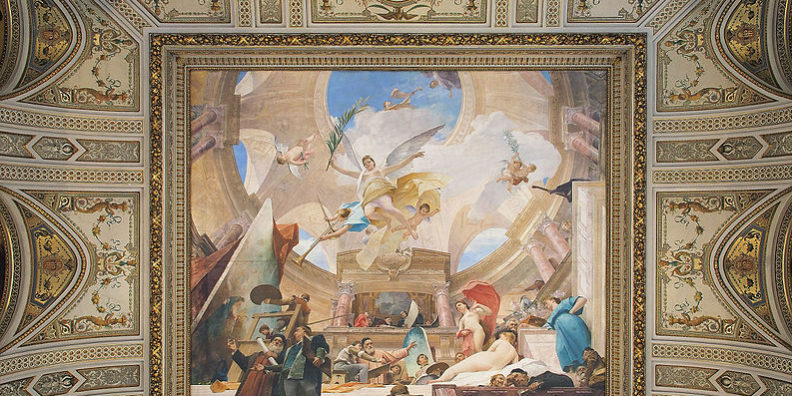 “Did Michelangelo invent paint-by-numbers?” That’s not a question you hear every day! However, it is an interesting one. Was this mastermind behind the phenomenon that we now know as ‘paint-by-numbers’? The answer is “sort of.”

According to Wikipedia, “Paint by number (or painting by numbers) describes kits having a board on which light blue or gray lines indicate areas to paint, each having a number and a corresponding numbered paint to use.” Paint-by-numbers kits were created in 1950 by Dan Robbins and Max S. Klein, both employees of the Palmer Paint Co. These kits became wildly popular, and to this day have maintained their popularity. 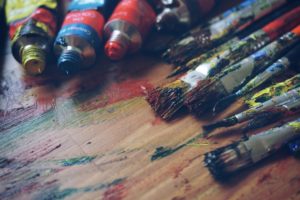 Another interesting source, The History of Paint-by-Numbers, said that Leonardo da Vinci was responsible for the creation of paint-by-numbers: “When Dan Robbins, the 13th employee of Detroit-based Palmer Paint Co., read that da Vinci taught his apprentices the basics of painting by using numbered patterns on a canvas, he suspected the idea might have wider appeal. So he worked to put out a new product that would delight aspiring artists of all ages.”

After reading both articles, which artist do you think inspired paint-by-numbers?

Paint-by-Numbers on Your Windows PC or Mobile Device

Michelangelo may not have painted by numbers, but that doesn’t mean you can’t. In fact, you can use our “Michelangelo” paint-by-numbers pattern to re-create incredible artwork on your Windows PC via a computer program called SegPlay PC.

Check out SegPlay PC and SegPlay Mobile today. Don’t forget to take a look at our Michelangelo paint-by-numbers pattern (it is compatible with SegPlay PC).

Who do you think is responsible for inspiring the invention of paint-by-numbers? Leave us a comment in the space below.

Professionals Integrate Paint by Number Into Their Careers

Fall in Love with Paint-by-Number All Over Again, or For the Very First Time
September 26, 2017

How Paint-by-Numbers United a Community
August 25, 2017