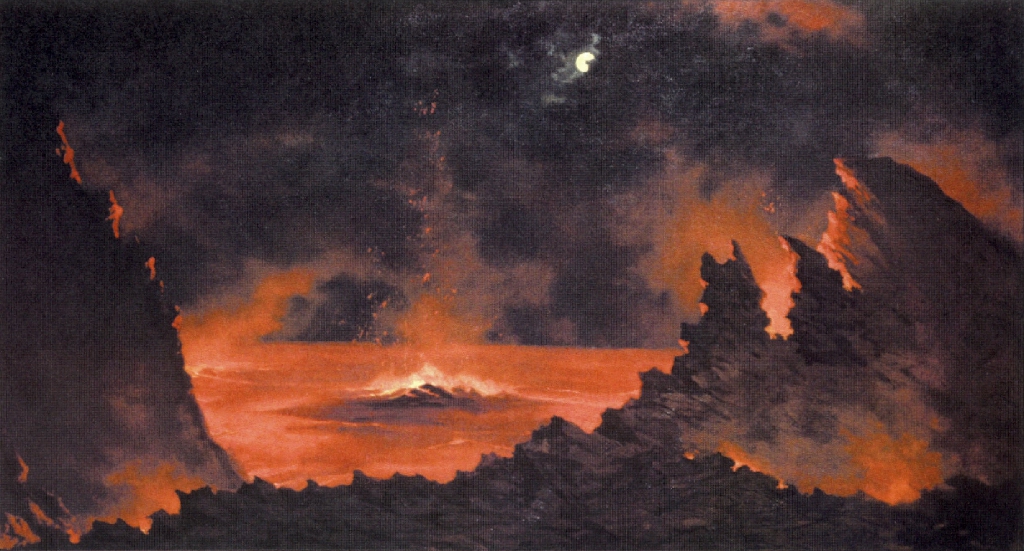 Jules Tavernier was a talented artist and a gifted person. His aptitude for art went far beyond his paintbrush. He had an ability to unite people who shared an affinity towards art. Unfortunately, these relationships would later implode from his alcoholism and rampant debt. The “master of volcano paintings,” as some liked to call him, would erupt just like the natural phenomenon he sought to illustrate. But even in his state of decay, people gathered around him to reflect the truth of his being: he was supremely talented and equally tragic.

In 1844, Jules Tavernier was born in Paris, France. His mother was French and his father was English. He grew up traveling between the two nations but made Paris his home by the time he turned 16, when he decided to study art. At the age of 20 he gained some notoriety when his work was featured at the Paris Salon. Tavernier’s art continued to reach audiences even when he served in the Franco-Prussian War. In addition to being a solider, he was a war correspondent; after capturing the events occurring in Paris, his drawings were sent to London where they would be published. 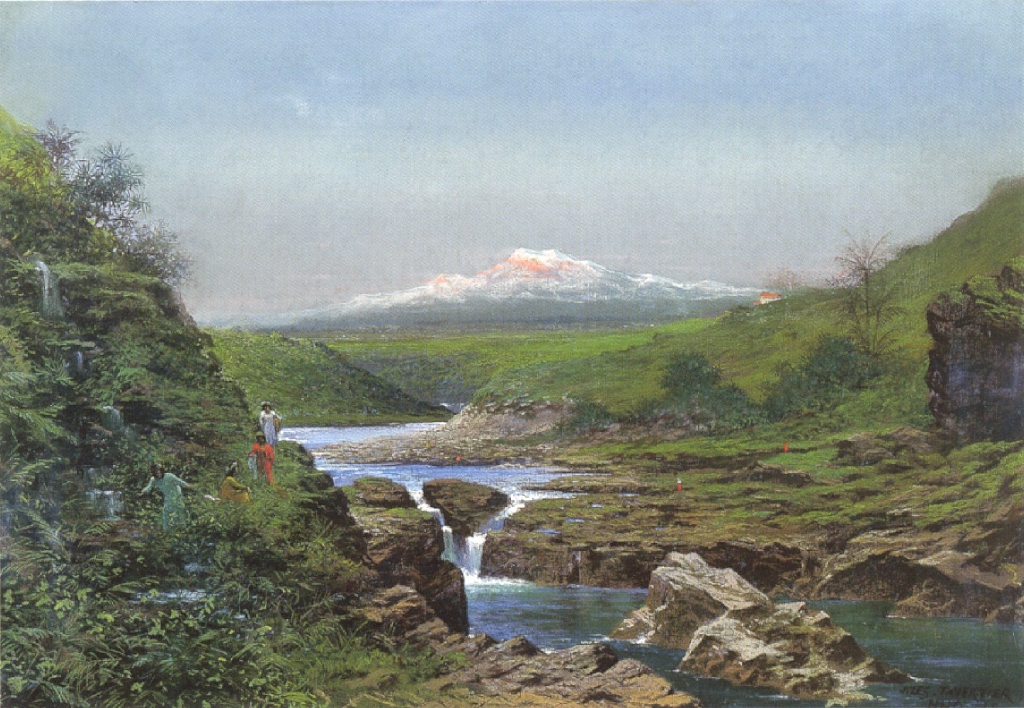 His career as a published illustrator continued post war. He became employed by Harper’s Weekly, and in 1872, transferred from London to New York. Tavernier didn’t spend much time on the east coast before heading west on assignment. Two years after landing in America, he arrived in San Francisco. Tavernier found a home on the west coast and would remain there for the rest of his life.

Jules Tavernier was a quick hit among the art community in San Francisco. He made many friends and was one of the original founders of the Bohemian Club. The combination of his talent, behavior and popularity earned him the title, “bohemian of bohemians.” At the same time, he became vice president of San Francisco’s Art Association where it was his job to organize an artist’s union called the Palette Club. Tavernier also opened a studio in a prominent area of San Francisco where artists could gather and collaborate. During this era the artist met his wife, Lizzie Fulton.

In some regards, Tavernier was successful: his artwork was highly sought out and worth a lot of money. He was also deeply disturbed. As his party lifestyle and drinking habits increased, he accumulated debt that ruined a number of his relationships. It got so bad that Tavernier and his wife had to flee to Hawaii where his debtors could not find them.

During his time in Hawaii, Tavernier created nearly 100 oil and pastel paintings inspired by volcanos. His largest work of art was a panorama of a volcano. It was 90 feet long and 12 feet wide. The aim of this painting was to put the viewer at the center of a volcano so he or she could experience the entire circumference of the natural phenomenon.

He built success in Hawaii. Despite only living on the island for five years, many people knew him as the “master of volcano paintings.” Unfortunately, even with the reinstatement of his notoriety, his alcoholism and accumulation of debt resulted in his wife leaving him in 1887.

Despite his poor state, he took on a protégé, David Hitchcock (who later became a well-known comics artist). The Hitchcock family tried to help Tavernier free himself from the bonds of excessive drinking and debt. These efforts were fruitless and Tavernier’s debt got so bad that he was forced to stay on the island of Hawaii.

He died two years later and was buried beneath a tombstone gifted by the artist community he helped found in San Francisco. The Bohemian Club made a statement that poignantly described the life of Jules Tavernier. They wrote, “Of the French artists in California, he was probably the most talented and tragic.”

Jules Tavernier was an artist who could always draw attention to himself and his work. Even when he erupted, he was loved and greatly admired.