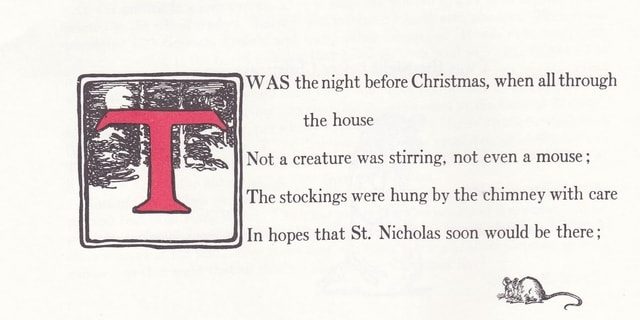 “Twas the night before Christmas, when all through the house, not a creature was stirring, not even a mouse.”

What a beautiful thought this is. Even more beautiful are the memories these words evoke in many of us who associate the poem with the Christmas season. 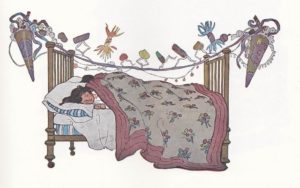 “Twas the Night Before Christmas,” initially titled “A Visit from St. Nicholas,” was published anonymously in 1823. Here are a few other interesting facts about this poem:

Who Originally Illustrated “A Visit from St. Nicholas”? 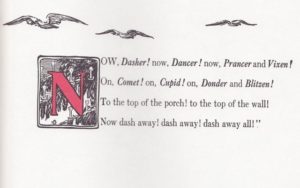 The issue of who wrote “Twas The Night Before Christmas” is still being debated. Though Moore has long been regarded as the author, various commentators believe the poem was actually written by Henry Livingston, Jr. What we hear less about is which artists illustrated different publications of the world-famous poem.

According to Nineteenth Century Publication Milestones, the first known illustration connected with “Twas the Night Before Christmas” was released in 1830, created by illustrator Myron King. It was published in in The Troy (New York) Sentinel newspaper carrier’s holiday broadside. However, Jessie Willcox Smith is possibly the most famous artist to have illustrated the poem. 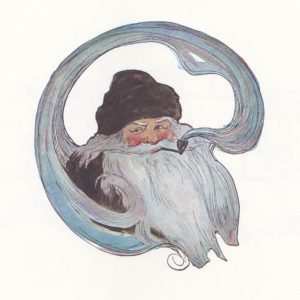 Born in 1863, Jessie Willcox Smith was an extremely in-demand illustrator during her lifetime. As stated by Free Vintage Illustrations, she…

In addition to these incredible accomplishments, Jessie Willcox Smith also illustrated a publication of “Twas the Night Before Christmas” that was released in the eventful year of 1912. Today, copies of the book are still selling regularly.

Do you have memories of being read “A Visit from St. Nicholas” as a child? Did your parents own a copy of the poem illustrated by Jessie Willcox Smith? Share your thoughts with us in the “comments” section below.

The Redemption of John Leech, Illustrator of Dickens “A Christmas Carol”
December 22, 2017

Cheap Ways to Decorate Your Home with Evergreen for the Holidays
December 1, 2016