Imperial Fabergé Eggs and Their Surprises

You are here:
Easter Art

Knockoff Fabergé eggs can be easily found. However, genuine Fabergé eggs are one-of-a-kind. Created by the House of Fabergé between 1885 and 1917, Fabergé eggs are a Russian novelty. They represent tradition, beauty, excellence, and an imperial family the world will never forget. They also house captivating surprises.

History of the Imperial Fabergé Egg 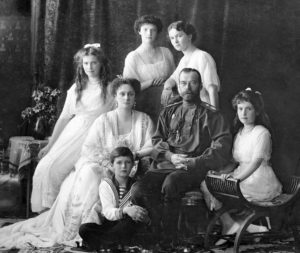 On Easter in 1885, Czar Alexander III commissioned an incredibly unique gift for his wife, Empress Maria Feodorovna: an ornate egg. This delicately crafted egg was the first Fabergé egg ever to be created by goldsmith and jeweler Peter Carl Fabergé. Where Are the Romanovs’ Missing Fabergé Easter Eggs stated,

“When Czarina Maria Feodorovna opened the plain white enameled egg on that early Easter day, she was met with a series of delightful surprises. First, she found a round yolk made entirely of gold. That opened to reveal a beautiful gold hen with ruby red eyes. The midsection of the hen swung up, and inside was a small, diamond-encrusted replica of a royal crown and a tiny, delicate ruby egg.”

Impressed with the exquisite egg, the Czar and Czarina decided to commission more “imperial” Fabergé eggs, beginning a 32-year tradition. Over those 32 years, 50 eggs were commissioned by the imperial family. Sadly, only 43 of these eggs remain.

Fabergé Eggs and Their Surprises 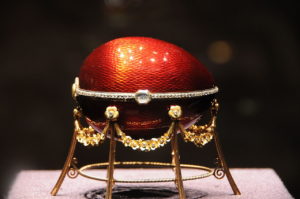 All Fabergé eggs included a surprise element. Wikipedia stated, “According to Fabergé family lore, not even the Tsar knew what form (the commissioned eggs) would take—the only requirements were that each contain a surprise, and that each be unique.” A few examples of imperial eggs and their surprises include:

Discover every imperial Fabergé egg and its surprise here, then share your favorite in the “comments” section below.

The Redemption of John Leech, Illustrator of Dickens “A Christmas Carol”