Frans Hals (c. 1580 – August 26, 1666) was a master portrait painter and one of the most gifted artists of the 17th century Dutch school. His fresh, lively approach influenced the way future artists handled large-scale group portraits.

Not much is known about the life of Frans Hals. He was born in Antwerp sometime around 1580-1581 to a Dutch family living in Flanders. His father was a draper, and the family fled the city when it was conquered by Spain in 1585, moving to Haarlem in Holland where Frans Hals would spend the rest of his life.

Hals studied painting from 1601-1603 under Karel van Mander, who had fled Antwerp at the same time as the Hals family, and in 1610, was admitted to the Haarlem painters’ guild. He started working for the city as an art restorer and in the same year, married his first wife, Annetje Harmansdr. The couple had two sons, but Annetje died during the birth of their second son. 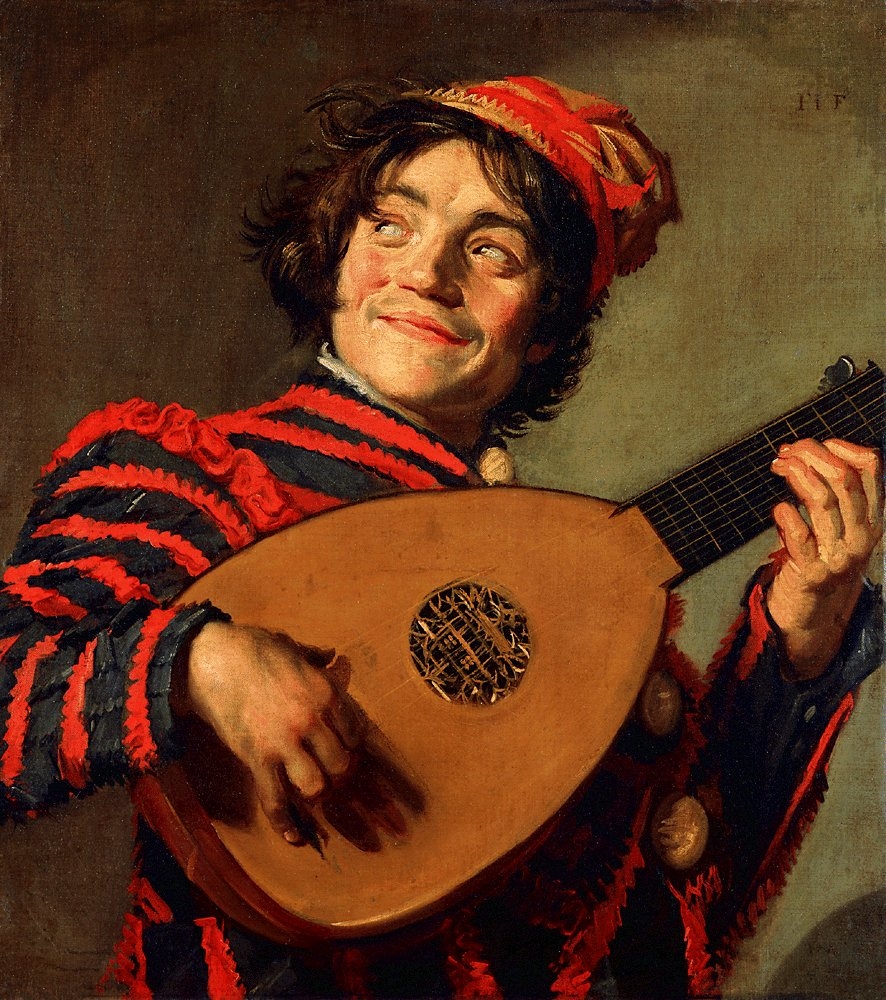 The paintings Hals produced before the age of 30 are unknown, but his first important commission was painted in 1616: a life-sized group portrait known as The Banquet of the Officers of the St George Militia Company. This work led to other, similar commissions throughout the 1620s and 30s, which are among the artist’s finest productions. He was at the height of his artistic popularity during those years.

Hals was doing well and in 1617 he remarried. His second wife, Lysbeth Reyniers, had been hired as nanny for his two children. It is rumored she was eight months pregnant when they married and the couple went on to have eight children together. In fact, Frans Hals was a lively character with the reputation of being a womanizer who liked to have a good time. That might have been one of the reasons why, despite his success as an artist, he was always short of money.

The paintings produced in the 1630’s tend towards simple compositions and bright colors. These give way to cooler tones and by the 1640s a dramatic change can be seen in Hals’s works. His brushwork was bold and free and the colors became monochromatic tones of blacks and greys. His most important work of this period is the 1648 portrait of René Descartes.

Although Hals was elected chairman of the Haarlem painters’ guild in 1644, his manner of painting was starting to go out of style and he was losing customers. With a large family to support, Hals changed his style in a bid to remain popular, but to little effect. He worked as an art dealer, and acted as art tax expert for the municipality. In 1652 he was taken to court and declared bankrupt. He had to sell his belongings and was left destitute, relying on a stipend from the Haarlem municipality to survive.

— Colors Change What is Beautiful

Have fun and relax with beautiful online painting art. So fun and easy to use with no mess but just a mouse!
www.segmation.com