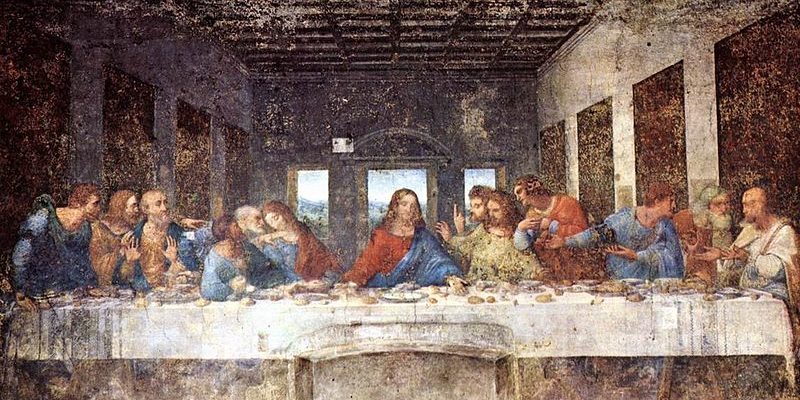 It’s not uncommon for artists to weave hidden meanings into their paintings, musical compositions, drawings, sculptures, and other works of art. Even artists like Vincent Van Gogh and Michelangelo indulged in this romantic practice. As art lovers, it is our pleasure to reveal the hidden meanings within several famous paintings.

The meanings of many famous paintings are obvious. That’s not the case with these five works of art: 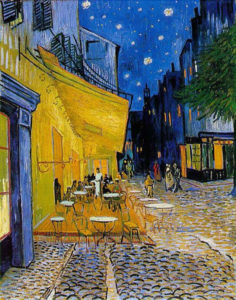 1. “Cafe Terrace at Night” (Vincent Van Gogh) — What most people don’t know about this art piece is that it pays homage to Da Vinci’s “The Last Supper.” Close inspection of a print reveals twelve individuals dining, a standing server, and a cross behind the long-haired figure.

2. “The Creation of Adam” (Michelangelo) — Michelangelo was a man utterly devoted to his craft. In fact, he was an anatomist who dissected corpses for the purpose of sketching highly accurate images of the human body. These skills are well-represented in “The Creation of Adam.” “Concealed within the robes and the faces of the figure of God is a representation of the human brain which many believe was the artist’s attempt at a covert attack on the church’s contempt for science,” wrote Zeina Mehal.

3. “The Last Supper” (Leonardo da Vinci) — In 2007, an Italian musician claimed to have found enough musical notes within “The Last Supper” painting to comprise a 40-second composition. The notes are said to be hidden in the bread rolls and the apostles’ hands. Those interested in listening to the composition can do so here.

4. “The Madonna with Saint Giovannino” (Domenico Ghirlandaio) — Several centuries after its creation, researchers are still not sure what to make of “The Madonna with Saint Giovannino” by Domenico Ghirlandaio. This is because Ghirlandaio painted an unidentifiable object in the sky portion of his masterpiece. Some individuals think “U.F.O.,” and others are simply unsure what to make of the object.

5. “A Portrait of Bill Clinton” (Nelson Shanks) — In 2006, a portrait of Bill Clinton was painted by American artist John Nelson Shanks. While there is nothing immediately remarkable about the painting, “Nelson Shanks himself admitted that the painting hinted at the infamous Monica Lewinsky scandal,” said Mehal. “Since he could never get the scandal completely out of his mind, Shanks subtly incorporated a shadow from a dress into the painting – the same stained blue dress of Monica Lewinsky that became a symbol of the scandal during the 1990’s.”