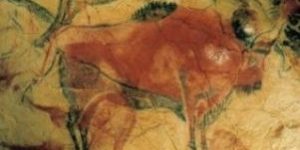 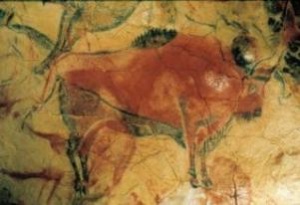 Early cave art is a topic that arouses much intrigue and interest in modern-day art history buffs. Early cave art is mysterious in many ways. After all, it’s tough for historians to know exactly why prehistoric individuals chose to create certain cave paintings and what inspired their subject matter. Still, art lovers travel the world each year in order to feast their eyes on the amazing early artwork of prehistoric man.

The oldest European cave art possibly began to crop up about 40,800 years ago. The “youngest” artwork featured in European caves is estimated to be between 10,000 and 20,000 years old. The younger artwork can be found in caves located on the north coast of Spain.

Those who visit the caves that house early paintings are typically astounded at the artistic excellence of the prehistoric artists. The paintings in these Spanish caves are reported to be so detailed that they appear to have “a life of their own.” Typical cave art paintings feature hand-prints, “strange symbols”, humans, and animals (such as dear, goats, bison, horses, and wild boars).

Early cave art was more than likely not painted for beauty’s sake. On the contrary, prehistoric man chose to create certain paintings for practical purposes. There are probably many reasons why animals figures, for example, were painted; some of those reasons probably had to do with religion and magical/fertility-related rites.

Historians aren’t totally certain of the reasons prehistoric artists chose to create early cave paintings. What historians do know is that “these works are early evidence of social activity, of humans engaged in expressing their desires, hopes, fears, in other words emotions that are still with us thousands of years later.”

Early cave art–even that which is over 40,000 years old–continues to captivate us, just as it did prehistoric man. That’s why it’s not uncommon for people to make long journeys just to get a look at these early cave paintings. Art is perhaps the only language capable of being understood by numerous people groups and generations.

Note: Image does not belong to Segmation. The photo featured in this blog post was found at http://www.spainthenandnow.com/spanish-art/cave-paintings-in-spain/default_33.aspx.

Coming soon: Our next blog post is all about the first female tattoo artist. You won’t want to miss it!

— How To Create Bean Art: A Tutorial