Cinderella’s Hand Painted Wedding Gown is a Work of Art

Unless you are totally disconnected from all types of media, you are probably aware of Disney’s recent release of its live-action romantic film, Cinderella. To say the movie is a success is a gross understatement; the film has thus far claimed about $500 million worldwide. Obviously, there is something about Cinderella that the whole world loves.

While there are various reasons both children and adults adore Disney’s recent epic movie, art lovers are captured by the sensational costumes displayed in the film. The costumes, designed by Sandy Powell, are true masterpieces that, quite simply, bring the film to an unsurpassed level of artistry. 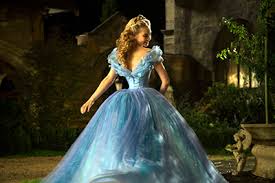 Sandy Powell, a three-time Oscar winning costume designer, is no stranger to transforming mere clothing into works of art. To create the costumes for Cinderella, Powell looked to the styles of the 1950s and the 19th Century for inspiration. (These were the time periods that inspired the illustrations for Disney’s 65-year-old cartoon version of Cinderella. Powell drew from the same stylistic eras in order to give the modern Cinderella a distinctly Disney flavor.) Powell commented, “I wanted the costumes to be bold and have an explosion of color as if it were a picture book…but at the same time, I wanted the clothes to be true to each character and believable.”

The Wicked Stepmother Stands Out in Gowns Fit for a Queen

If you think Cinderella’s wicked stepmother was dressed shabbily to express her malicious character, think again. Cate Blanchett, who played Ella’s infamous stepmother, was a human canvas for some of the most stunning displays of costume artwork ever created. Speaking of Blanchett’s character, Powell commented that it is always fun to dress the bad guy, whereas the good guy is typically the most difficult to design for.

While Blanchett’s costumes are remarkable, they in no way upstage Lily James’s costumes 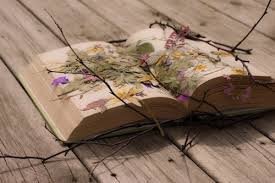 (James is the young actress who played Cinderella). For the famous gown that Ella enters the ball wearing, Powell designed a beautiful gossamer dress featuring shades of lavender, blue and turquoise. To add to the gown’s enchantment, tiny butterflies were sewn onto the bodice, giving the dress a touch of whimsy.

While all the costumes in Disney’s Cinderella were spectacular, none were more so than Ella’s wedding gown. At first glance, the long-sleeve beige colored gown appears to be somewhat simple (Powell wanted it to express Ella’s innocence). But, take a closer look and you’ll observe painstaking attention to detail. Once the seamstresses were done constructing the gown, “It was given to the artists who intricately hand painted flowers onto the gown. It took 16 people and nearly 550 hours to complete the dress.” Layer upon layer of fabric was hand painted until the desired effect of absolute costume magic was achieved. All things considered, Cinderella’s wedding gown is no less than a work of fine art that will undoubtedly touch fans for generations.

Do you see costumes as works of art? What film features costumes that inspire you as an artist? Share with us – we’d love to hear from you!