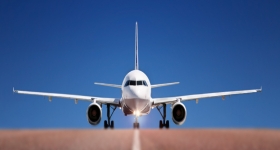 Art brings people together. It encourages community gatherings and serves as a center of activity. This is why art enthusiasts can often be found traveling the world; art attracts visitors from far off destinations and increases tourism. In addition to welcoming cultural experiences, globe trotting art lovers stimulate local economies.

To confirm this belief, take a look at current events from around the world. News from Abu Dhabi, the state of California, and an international debate involving a traveling art exhibit all suggest art can boost tourism, and in effect, economies.

Abu Dhabi’s economy is growing fast. As industrial growth revitalizes this land, the emirate is planning to use art as a way of attracting tourists. In fact, there are plans for several museums and art centers to open in 2015. The goal is to use art as a way of boosting the city’s appeal. Such cultural centers will show the world that Abu Dhabi is open for business, community life, and tourism.

The state and economy is devoted to using art as a means of bringing people together. Over the years, creative efforts have boosted California’s economy. More than 600,000 people work in creative businesses that are registered in the state of California at the present time. It has brought public, private, and nonprofit sectors together in an effort to shape communities and attract tourists.

As economies are strengthened by art, some are weakened by a lack thereof. At present, a global debate focuses on the importance of art in local economies. The Cleveland Museum of Art canceled a traveling Sicilian art exhibit that was scheduled for fall. This is because Sicily regrets loaning the artwork to museums in other countries, as its absence has hurt the local economy. Oddly enough, the Cleveland Museum of Art fears a similar predicament.

Art is a vital element for any city. It strengthens local economies and creates jobs for people who care about the community. It is a great way for people to learn about culture, enjoy artistic experiences, and support the global economy. News around the world confirms how powerful a force art is to local communities and the world at large. How has art stimulated the area where you live?

Chicago Landmarks Before the Lens

Selling Your Art in a Strained Economy

The 3 Most Breathtaking, Artistic Gardens in the World
May 10, 2016

The Most Artistic Theatre Set Designs in History
September 9, 2015