A Brief History of Halloween + 3 Fun Facts About the Holiday 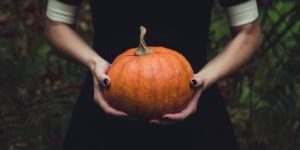 October 31st is known in the United States as Halloween. It is not a religious holiday, though it has some religious roots. Halloween enthusiasts all over the world adore this holiday, but many are unaware of its origins and brief history, which are fascinating.

How Halloween Came to Be: a Brief History

Halloween got its start in the ancient Celtic festival known as Samhain. During Samhain, folks would attempt to ward off ghosts by donning costumes and lighting bonfires.

Later, in the 8th Century, Pope Gregory III decided that November 1 would be a day devoted to honoring saints, and it later became known as All Saints Day. It included some of Samhain’s traditions.

“The evening before (All Saint’s Day) was known as All Hallows Eve, and later Halloween. Over time, Halloween evolved into a day of activities like trick-or-treating, carving jack-o-lanterns, festive gatherings, donning costumes and eating sweet treats,” stated History.com.

Read a thorough explanation of the origins of Halloween here. 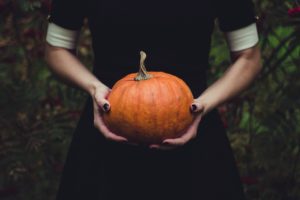 1) Religious institutions in the U.S. that are opposed to Halloween often offer an alternative known as “trunk-or-treat.” It involves the congregants filling their trunks with candy and allowing children to visit each vehicle to receive a portion of sweets for their candy bag. While scary costumes are usually discouraged, most costumes are welcome.

3) In the past, people had to perform, literally, to earn a Halloween treat. “Most experts trace trick-or-treating to the European practice of ‘mumming’ or ‘guysing’, in which costume-wearing participants would go door to door performing choreographed dances, songs and plays in exchange for treats,” wrote a contributor to the Huffington Post.

“When the spooks have a midnight jamboree / They break it up with fiendish glee / The ghosts are bad but the one that’s cursed / It’s the headless horseman; he’s the worst.” — – From The Headless Horseman, The Legend of Sleepy Hollow (1949)

Halloween Scenes features many illustrations of witches, black cats, vampires, mummies, graveyards, and pumpkins. If you adore Halloween, you can’t miss out on the fun of SegPlay PC and its compatible paint-by-number pattern set Halloween Scenes.

Did we leave out any juicy details about the history of Halloween? Share your comments with us in the section below.