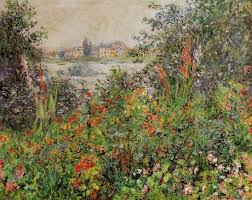 Artist Kehinde Wiley is restoring power and respect to humanity through art. How? By reinventing classic portraits in a way that honors black individuals.

Wiley believes art—particularly portraiture—is power. He told CNN’s Christiane Amanpour, “What is portraiture? It’s choice. It’s the ability to position your body in the world for the world to celebrate you on your own terms.”

With stunning vulnerability and bravery, Wiley reworks classic paintings so that they include black and brown-skinned people as the main subjects. For example, Wiley reinterpreted Jacques-Louis David’s portrait of Napoleon crossing the Alps by replacing Napoleon with a camouflage-clad black man. The made-over portrait places the black man in the same position of influence that Napoleon held. Now, that’s power.

The True Role of an Artist

What is an artist’s role in society? Should artists primarily make things look better, prettier? Kehinde Wiley doesn’t think so. He believes artists should think about “what they can do to start a broader conversation about presence and imminence and the desire to be seen as respected

According to Wiley, an artist’s role in society should be one that facilitates the redemption of the beauty of humanity, regardless of race. That’s why he’s pouring his blood, sweat and tears into transforming masterpiece paintings into works of art that feature individuals of black and brown skin tones.

Wiley says, “I understand blackness from the inside out. What my goal is, is to allow the world to see the humanity that I know personally to be the truth.”

Mugshots are not typically thought of as beautiful; they are most commonly associated with shame and punishment. However, Kehinde Wiley sees them as something entirely different: a type of portraiture. 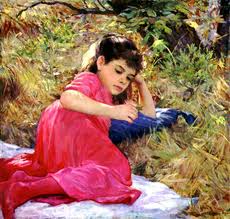 Wiley turns mugshots into portraits that subtly broadcast a person’s vulnerabilities, fears and dreams. This is just another way he is displaying the humanness and intrinsic importance of people who are sometimes overlooked by society. Wiley refuses to overlook these individuals. He wants the world to see them for who they really are: humans who deserve to be respected and understood.

Kehinde Wiley has a pretty good idea of why he is alive and what he was born to do. He says, “My job is to walk through the streets, find someone who’s minding their own business, trying to get to work, stopping them — the next thing you know, they’re hanging on a great museum throughout the world, and it allows us to slow down and to say yes to these people, yes to these experiences, yes to these stories.”

Please note: the photos featured in this blog post are NOT the property of Segmation.

Artists Bring the Streets To Life with 3D Art

An Artist’s Story of Taking Risks and Staying Determined