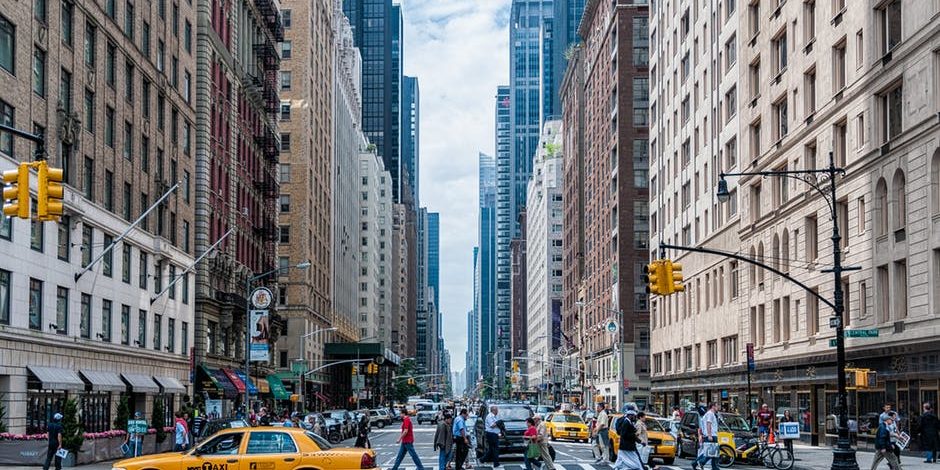 Recently, art critic Jason Farago made it his goal to “assert his common ownership of the spaces” that house art and through which New Yorkers circulate everyday. The results were a beautiful article published by the New York Times and a public admonishment to New Yorkers to “own” the free spaces in New York City in summertime. 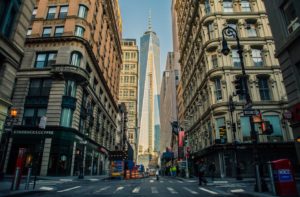 Art critic Jason Farago decided to personally explore the public art sprinkled around New York City. He took what he refers to as an “outdoor pilgrimage extending across Manhattan, from north to south, and ending just over the Brooklyn Bridge.” Here’s what he found:

This artistic space was created by Kori Newkirk. Farago wrote, “A steep staircase is spanned by three fluttering gates, whose iridescent plastic flaps recall the entrance to a carwash. Think of them as a demotic but joyous version of Christo and Jeanne-Claude’s old Central Park portals, which turn everyday strolls into grand entrances.” St. Nicholas Park, 137th Street and St. Nicholas Avenue, through July 25.

Artist Simone Leigh has done a wonderful think to the northeast stretch of Marcus Garvey Park in Harlem by creating Shona-like dwellings. The dwellings are made of hard clay and have roofs of thatched straw. Farago said, “You can’t go inside, though, as explained in the work’s long title: ‘a particularly elaborate imba yokubikira, or kitchen house, stands locked up while its owners live in diaspora.’ In museum settings, Ms. Leigh’s approaches to American inequality can become too hippieish; for a recent exhibition on health care and black women’s lives at the New Museum she installed an herbal apothecary.” 123rd Street and Madison Avenue, through July 25.

Rockefeller Center can be a fantastically artistic place. It has recently been well decorated by artist Jeff Koons, creator of the huge inflated balloon of a ballerina adjusting her shoe. “…the dark detachment that characterizes his best sculptures is absent in this hot-air spinoff, which, like the Louis Vuitton bags, is more about branding than anything else,” stated Farago. Rockefeller Center, 50th Street near Fifth Avenue, through Wednesday, July 5.

To New Yorkers: “(Public art spaces) are free, and yours to lay claim to.”

If you’ve read the article Across New York, a Summertime Tour of Public Art, you know that Jason Farago encourages New Yorkers to lay claim to public art spaces. In his article, he states, “But all of them (public art displays) are free, and all are yours to lay claim to.” If New Yorkers took this admonishment seriously and let it give them permission to “own” their city, what would be the result? Thousands upon thousands of art lovers, hopefully.

Read the full account of art critic Jason Farago’s experience here, and see the photos that capture his adventure.

Musicians Use Interactive Paint-by-Numbers to Connect with Fans