You are here:
"out of the box" artAndy Warholpaint-by-numberPop ArtPop art movement

Most of us are familiar with Andy Warhol’s most famous works art, including “Campbell’s Soup Cans,” “Shot Marilyns,” “Double Diptych,” “Triple Elvis,” and “Self-Portrait.” But did you know that Warhol created a paint-by-number series in 1962? One of the paintings in this series, “Do It Yourself (Sailboats),” was acquired in 2016 by the Andy Warhol Museum. Read on to find out why this piece is so significant. 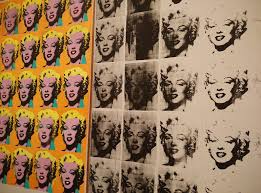 Pop artist Andy Warhol was an American draftsman, painter, filmmaker, and printmaker. Before he ever created gallery art, he was an extremely successful commercial illustrator in New York. Later, galleries loved his pop art, and his exhibitions drew crowds.

“They (the paintings) encapsulate everything Warhol is about. He was trying to democratize the idea of art making, the idea that anyone can make a masterpiece. We never imagined that one of them would be available,” according to the Pittsburgh Post-Gazette.

Besides the sailboats painting, the series also includes paintings of an autumn landscape, a violin, flowers, and a seascape.

Why Is Warhol’s Paint-by-Number Painting So Significant?

The Andy Warhol Museum had to give up five artworks to get ahold of “Do It Yourself (Sailboats).” Clearly, this paint-by-number painting is significant. This is so because “it shows the Pittsburgh native’s earliest experimentation with pop imagery,” stated Marylynne Pitz. She went on to quote the managing director of the Andy Warhol Museum:

“Abstract Expressionists were talking about being inspired as if the hand of God was guiding them. Andy is saying, ‘No, just follow the numbers.’ He had a kind of naive quality to him.”

“Do It Yourself (Sailboats)” has done its fair share of travelling. In the past it was exhibited at the Stable Gallery in New York, the Museum of Modern Art in New York, Tate in London, an art gallery in Switzerland, and the Institute of Contemporary Art in Boston. Today it is housed at the Andy Warhol North Shore Museum.

What Is Your Favorite Andy Warhol Art Piece?

Are you a fan of Andy Warhol? Were you aware that he made a paint-by-number series? What is your favorite Andy Warhol work 0f art? Share with us in the section below.

What Young Emerging Artists See When They Look at the Human Body
February 8, 2018