An Artist’s Story of Taking Risks and Staying Determined

Like many artists, Alexis Lawson found herself at a fork in the road. One path boasted little brush, bright lighting, and a trail that went as far as the eye could see. This was the path of education; after finishing her schooling, she would become a teacher with a salary, pension, and set vacation days. The other path was barely visible, covered with thick foliage and debris. She couldn’t see where it led beyond a couple steps. This was the path of professional photography.

Alexis took the path less traveled. Shortly after her daughter was born, about five years ago, she decided to avoid the safe route and go out on a limb. She became a professional photographer.

Since making this decision, the artist’s path has taken Alexis on a journey of discovery. As she progressed in her career, she experienced many changes. For instance, Alexis’s photography career started with taking pictures of children and families. Today, Alexis specializes in couture female portraiture.

The Palm Beach based photographer was turned onto glamour photography by Sue Bryce, the portrait photographer behind the Olay Best Beautiful Stories. To follow in Bryce’s footsteps, Alexis signed up for mentorships and workshops with photographers who specialized in shooting “glamour shots.” Alexis admits that photographing women as if they were Vogue cover models “hit home” with her. It was this feeling and her admiration for women—who, like her, managed careers, homes, and families—that prompted her to shine a light on their inner and outer beauty.

After realizing this, Alexis stepped out onto another limb. She turned the back room of her home into a photography studio. Even though there was no guarantee people would come into this space or solicit her services, she took the chance and made a massive renovation.

With a studio in place, Alexis knew it was up to her to bring in women to photograph. She began pounding the pavement, working 50 hours a week to network and market her unique services. All the while, Alexis knew that what she told the women she photographed applied to her, too. “Be true to yourself and stick to it,” she would say.

Like many artists, Alexis had talent. But beyond talent, she worked hard to make her dreams come true. The evolution of her career involved taking risks, working hard, and overcoming obstacles. As she took time to navigate the rocky terrain of the path she chose, she remained focused on the most important thing: being true to the artist inside her. 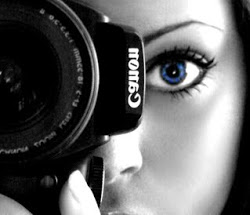 Today, Alexis Lawson can be found in Palm Beach, shooting couture photographs from her in-home studio. Visit Alexis’s website to see an extensive display of her photography: http://www.alexislawsoncreative.com/.

If you want to be a professional artist, you can. Take the path less travel. Step out onto a limb and work hard to make your dreams reality. And take Alexis’s advice: Be true to yourself and stick to it.

3 Ways to “Unblock” Yourself Artistically
September 6, 2016