An Art Project For Human Kind 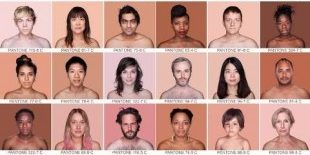 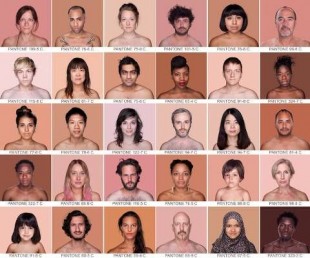 The art project Humanae has a strong identity and global reach, just like its creator. The woman behind the art has a colorful lineage and resilient sense of self.

Angelica Dass is a photographer who set out on a mission to expose the myriad of identities, cultures and skin tones that exist throughout the world. The Humanae project involves her taking a portrait of an individual and extracting an “11 by 11 pixel sample” of the person’s face. She matches the exact shade to Pantone’s elaborate color system. Then, she edits the picture so that this shade becomes the portrait’s backdrop.

When Dass aligns the pictures, she shines a light on what people often forget: no two people are exactly alike. With over 2,000 photographs, Humanae is revealing that two people might share a cultural heritage but are different in many other ways.

Nobody knows this better than the creator, herself. Angelica Dass is number 7522 C on the Pantone color scale. She is Brazilian by blood but her biography sheds light on the texture that weaves this artist together. “[Dass is] the granddaughter of ‘black’ and ‘native’ Brazilians,” an article in the Latin Post reads, “and the daughter of a ‘black’ father raised by ‘white’ adoptive parents.”

It is easy to imagine how such a checkered past raised a few questions in the mind of a young Dass. Her questions propelled her to seek answers in art. Through the Humanae Project, she is “recording and cataloging all possible human skin tones.”

What started as a final project for her Masters degree in Art of Photography has now turned into a global adventure. She is eager to photograph as many people as possible. But this is not necessarily of her personal volition; the project has taken on a mission of its own. 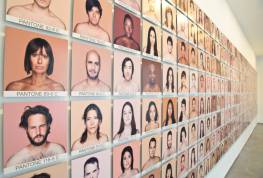 “Humanae has influenced areas, materials, attitudes, knowledge, human meaning, expression, and communication outside of my control,” she tells Latin Post. The purpose of the project has pursued a greater calling than Dass ever intended. The growing collection of 2,000 photographs represents a sense of equality.

The people who are photograph come from all walks of life. Not only are they from different parts of the world, they are of different socioeconomic circumstances and education levels. They speak different languages and have contrasting social norms, too. But these differences are not what appear on camera. The differences viewers see go far deeper, exposing the individual.

With individuality front and center, humanity seems to exist only because of differences. Or, as the creator of Humanae would say, her project is as “global as humanity.”

Photography: Black and White or in Living Colors