3 Historical Female Artists You May Be Unfamiliar With

There are few people unfamiliar with historical female artists such as Frida Kahlo, Georgia O’Keefe and Mary Cassatt. These ladies paved the way for women artists who followed them, and they have received great acclaim over the years. In fact, you’d be hard pressed to find an art history textbook that leaves these women out. However, these ladies form just a tiny group of female historical artists. There are many, many more women artists who deserve to be celebrated.

Helen Frankenthaler, Louise Élisabeth Vigée Le Brun and Agnes Martin are three examples of female historical artists you may be less aware of. It’s not because they lack notoriety, but simply because they aren’t as discussed as female artists such as Kahlo, Cassatt and O’Keefe. These strong and talented women contributed much to the art world and should be remembered for their giftedness and sheer determination to make it in a used-to-be (and some-still-consider-to-be) male-dominated field.

“I am independent! I can live and I love to work.” ~ Mary Cassatt 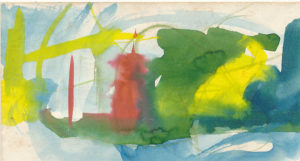 Let’s begin our journey with Helen Frankenthaler (1928-2011), an American Abstract Expressionist painter who excelled as a colorist. She made incredible contributions to the development of modern art in the U.S. “Pouring and brushing paint onto large swaths of canvas, she achieved an expansive lyricism that inspired many artists and yet remained uniquely her own,” stated National Gallery of Art.

Helen created a “stain” painting in 1952 titled Mountains and Sea that was extremely influential to the art world. It “played a pivotal role in the transition from the grandiose gesture of Abstract Expressionism to the flat, meditative forms of Color Field painting,” according to Harper’s Bazaar. To make it, she poured paint onto a canvas and left it to soak. She was left with unusual shapes and a reputation for being well able to keep up with her male peers.

This artist was great at producing work that was ever-changing and ever-impactful to the development of contemporary art. Her early artwork was exhibited at contemporary galleries and museums in the 1950’s. She exhibited her work for over 60 years.

“Art has a will of its own. It has nothing to do with the taste of the moment or what’s expected of you. That’s a formula for dead art, or fashionable art.” — Helen Frankenthaler

Louise Élisabeth Vigée Le Brun (1755-1842) was a French artist who, like many highly talented artists, was self-taught. Vigée Le Brun lived during a time when female artists were truly underrated. Despite the hardships she faced, she managed to rise to a considerable level of fame. For example, at age 28, she was admitted into the French Academy, along with just three other women and many men.

“She was particularly praised for her sympathetic portraits of aristocratic women, deemed more natural than the works of her contemporaries. Forced to flee Paris during the Revolution, the artist travelled throughout Europe, impressively obtaining commissions in Florence, Naples, Vienna, Saint Petersburg, and Berlin before returning to France after the conflict settled,” stated The 10 Female Artists You Need to Know.

Louise specialized in portraits, and her style included elements of an adopted Neoclassical style. However, her general color pallette and subject matter were thoroughly Rococo. Vigée Le Brun was a portrait painter to Marie Antoinette, experiencing success that was likely beyond her wildest dreams and in spite of probably many barriers. What a life, and what a legacy.

“Vigée Le Brun created some 660 portraits and 200 landscapes. In addition to many works in private collections, her paintings are owned by major museums.” — Wikipedia 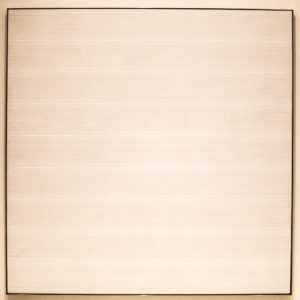 There is no doubt that Agnes Martin (1912-2004) had her own artistic style. For about four decades, she used stripes and grids to create serene paintings. “With an attention to the subtleties of line, surface, tone, and proportion, she varied these forms to generate a body of work impressive both in its intricacy and focus,” stated a contributor to Guggenheim.

Hailing from Canada, Martin was not afraid to put her art “out there,” where it could be scrutinized, adored or possibly torn to pieces. It’s impossible to say how deeply she cared about others’ opinions of her art, but it’s obvious that she pushed past her comfort zone to share her artwork with the world.

Described as having been private and spiritual, Martin created pieces of art that reflected her personality. She “explained that her paintings came to her fully formed, the size of postage-stamps, which she would translate onto large-scale canvases,” wrote a contributor to Harper’s Bazaar. Despite her sense of privacy, she managed to make her mark on art history, defying categorization and promoting minimalism.

“Martin’s commitment to (her) spare style was informed by a belief in the transformative power of art, in its ability to conjure what she termed ‘abstract emotions’—happiness, love, and experiences of innocence, freedom, beauty, and perfection.” — Agnes Martin by Guggenheim 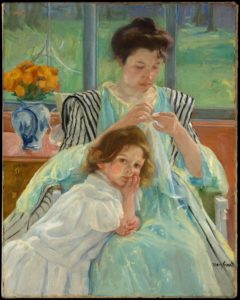 A fun way to celebrate historical female artists is to recreate their artwork on your Windows PC. SegPlay PC, a digital paint-by-number game, allows you to do this.

SegPlay PC combines old-school paint-by-number with technology, and the result is an addictive computer game that allows you to mimic your favorite artists and print out your artwork when it is done.

If you love female historical artists, check out the Mary Cassatt SegPlay PC pattern set. Or, if you want to get to know an alive-and-well female artist, check out Lois Ostrov’s pattern set.

Who Is Your Favorite Female Artist?

Females have contributed as much to art history as males have, but, at least in the past, have not been acknowledged for it as they should have been. This is a tragedy. We can only imagine how it must have felt to be grossly underestimated simply for being a woman. Luckily, much has changed and is changing in the art world when it comes to the equality of artists, whether they are male or female.

What female artist, living or deceased, do you feel is underrepresented? Share with us in the section below — we’d love to hear your thoughts.