4 Art Masterpieces That Were Tragically Destroyed 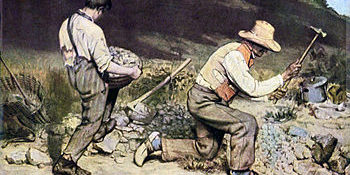 We’ve all heard of masterpiece works of art like Starry Night, Mona Lisa, The Birth of Venus, Dance Class at the Opera, and Girl with a Pearl Earring. However, there are several masterpieces that you may have never heard of. Why? Because they were tragically destroyed. Although the original versions of these masterpieces are no longer with us, they deserve to be remembered.

4 Art Masterpieces That Were Tragically Destroyed

In the article 8 Lost Masterpieces of Art, History.com revealed some incredible pieces of art that many people are unaware ever existed. Here are a few examples:

1. Medusa Shield by Leonardo da Vinci – Did you know that Medusa Shield was one of the 7 Wonders of the Ancient World? This bronze statue was 110 feet tall and took 12 years to build. The statue resembled the sun god Helios and stood in Rhodes, the Greek city, for the majority of the 3rd Century B.C. Evans Andrews said, “No drawings of the Colossus of Rhodes survive today, but ancient sources note that Helios was depicted standing with a torch held in his outstretched hand. These descriptions later served as an inspiration for Frederic Bartholdi’s design of the Statue of Liberty.”

2. The Stone Breakers by Gustave Courbet – Have you ever heard of The Stone Breakers? Although it has been destroyed, it will forever be in the hearts of art lovers around the world. This masterpiece work of art was annihilated in 1945 during the bombing of Dresden. According to gustave-courbet.com, the piece “was the first of Courbet’s great works. The Socialist philosopher Proudhon described it as an icon of the peasant world. But for Courbet, it was simply a memory of something he had seen: Two men breaking stones beside the road.”

3. Man at the Crossroads by Diego Rivera – In 1934, Diego Rivera, famed husband of Frida Kahlo, created Man at the Crossroads. Wikipedia stated, “The painting was controversial because it included an image of Lenin and a Soviet Russian May Day parade. Despite protests from artists, Nelson Rockefeller ordered its destruction before it was completed.” Thankfully, photographs of the work of art exist, although they are black and white.

4. The Amber Room – The Amber Room was a 180 square-foot chamber that was crafted in 1701 by sculptor Andreas Schlüter and master amber craftsman Gottfried Wolfram. According to history.com, the shimmering chamber was made of “gold leaf and mosaics of precious stones. The Amber Room spent 225 years as a Russian national treasure before being captured by the Germans in their invasion of Russia during World War II. Most historians believe it was destroyed in a 1944 Allied bombing run…it might have been loaded onto a ship that sunk in the Baltic Sea or simply secreted away in a vault or bunker.” Since the original room has never been recovered, there is a replica of the chamber near St. Petersburg.

Re-created version of “Man at the Crossroads“

Is there a lost or destroyed masterpiece work of art you love that is not listed here? Share with us in the comments section below.