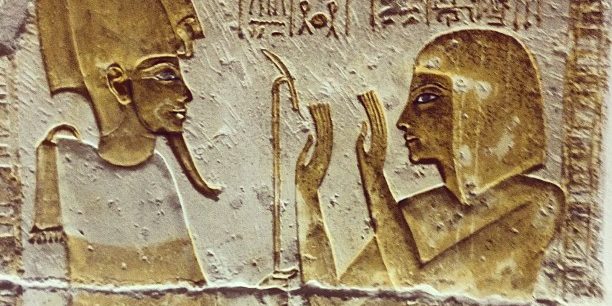 There is something mesmerizing about old art – especially thousands-of-years-old art. Ancient art isn’t just precious, priceless, and beautiful, though; it is also comforting. It is reassuring to know that people have been creating art throughout the ages, in war and peace, joy and sorrow, riches and poverty, and health as well as illness. Read on to discover three of the oldest works of art/groups of works of art in the history of the world.

1) Eggshell engravings, 60,000 B.C. – Eggshell engravings are nothing spectacular in and of themselves. However, when they are 62,000 years old, they are marvels. “In 2010, researchers at the Diepkloof Rock Shelter in South Africa discovered a large cache of 270 ostrich egg fragments that bore decorative and symbolic designs, created by the Howiesons Poort hunter-gatherer culture,” wrote Lance David Leclare. These eggshells were probably used as a type of water canteen that was a beautiful as it was practical.

2) Neanderthal cave paintings, over 40,000 B.C. – In 2012, a team of researchers from Spain’s University of Cordoba made the ultimate discovery in a cave in Malaga: the (possibly) oldest-yet found cave paintings/first paintings ever to be created by the Neanderthals. The team found charcoal remains beside six of the paintings that were radiocarbon dated to between 44,300 B.C. and 45,500 BC. “That suggests the paintings may be substantially older than the 30,000-year-old Chauvet cave paintings in south-east France, thought to be the earliest example of Paleolithic cave art,” reported a contributor to New Scientist. Read more about this discovery here.

3) Handprint paintings, 39,900 B.C. – A handprint painting isn’t just a cute work of art your kindergartner brings home from school; it is also an art form that is many thousands of years old. The Sulawesi Caves of Indonesia hold a priceless treasure: a representative handprint painting. Leclare said, “The stencil (for the painting) was part of a series of 12 painted on the rock face. The age was determined used uranium-series dating of mineral coatings on top of the sediment layer holding the paintings (the paintings themselves could be older. If radiocarbon testing determines that it is older than the sediments, it might also be the oldest painting of any kind ever discovered.”

Note: the above information was adapted from ListVerse’s article 10 of the Oldest Pieces of Art Ever Created. Visit the article to see images of the ancient works of art mentioned here.

Making, observing, and interacting with art is unique to the human experience. Art truly unites us as people, reminding us how similar we are to others and to our ancestors. How lucky we are to have the privilege of discovering what our fellow man and woman crafted so many years ago.

Why We Need Art in Times of Sorrow