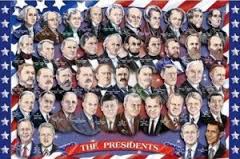 U.S. presidents come from all walks of life. Their stories are inspirational, educational, and funny too.

Prepare for President’s day (February 17) with Segmation. The only digital paint-by-numbers game is shining a light on 17 notable presidents. Bring their caricatures to life by filling out these animated pattern sets (https://www.segmation.com/products_pc_patternset_contents.asp?set=USP). Also, be sure to brush up on your presidential trivia with Segmation’s 17 fun facts.

These facts were discovered using internet searches. Some of the information, while fun, may not be valid. Please feel free to offer what you know about the U.S. presidents. We want to share your fun facts too.

For more fun facts, start with these sources:

Will the Real George Washington Please Stand Up?